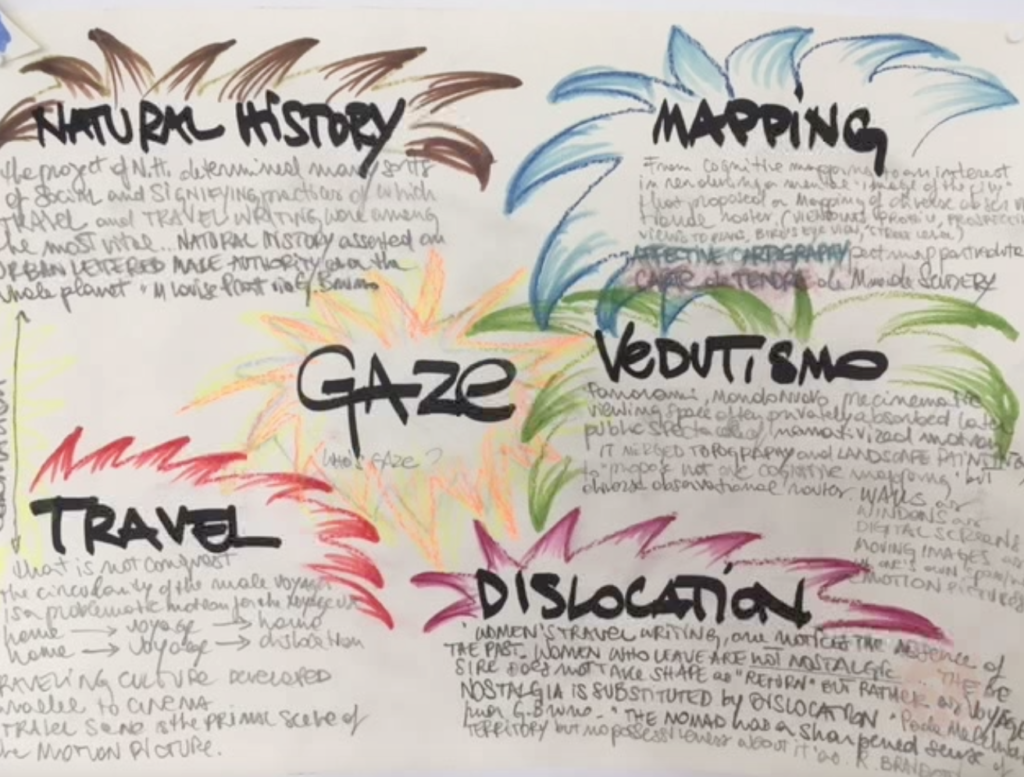 As  space was absorbed and consumed in movement by a spectator, a new architectonics was set in motion: a “picturesque revolution” that was born of setting sites in moving perspectives (…). The new sensibility engaged the physicality of the observer, challenging her ability to take in space and more space-a mobilized space.

During the eighteenth century, the production of travel discourse began to grow and took on a variety of forms, from literary to visual and spatial configurations. Journeys, poems, view paintings, and gardens views were among the new forms of shared spatiovisual pleasure. (…) the historian Alain Corbin writes: (…)The Italian veduta had learned to take a comprehensive view of their cities, and for ages tourists had rushed to take in the Bay of Naples from the terraces overlooking the city…The ‘prospect view’ offered a pleasure, combined with walking and the ideal day, that gave rise to a new way of seeing. Scanning sites and cityscapes, moving through and with landscapes, this opening of spatial horizons fashioned spectacular spectatorial pleasures. The “collective attraction for views” was another of the forces that shaped the cultural movement which proleptically led to the cinema. (…) Vedutismo was a particular incarnation of the observational gaze.(…) As they merged the codes of urban topography and landscape painting, city views also incorporated the cartographic drive, creating imaginative representational maps.